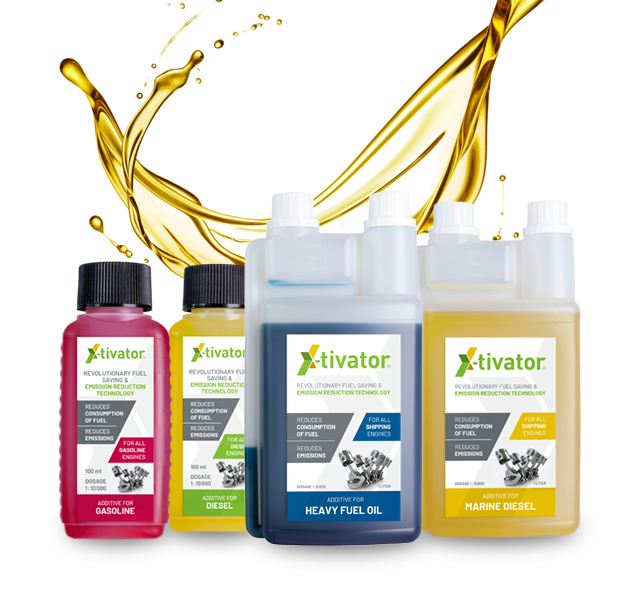 Does it damage the engine?

Once the fuel is activated with X-tivator, the combustion of the fuel will be more complete and clean. Less particulate matter will be produced and no deposits will remain in the engine, which is a very positive effect and improves the long living of the engine.

Tests have confirmed that the cylinder pressure and the combustion temperatures will clearly remain within the specifications of the engines. This clearly shows that the use of X-tivator poses no risk for the engine!

Does X-tivator clean the engine?

Activated fuel will result in a more complete and clean fuel combustion with less harmful emissions and less particulate matter being emitted, and no deposits remaining in the engine. The cleaner fuel combustion will successively – as side effect – burn existing remains and thus clean the engine. Analysis has clearly shown that X-tivator has a cleaning effect over time.

What happens to the fuel when X-tivator is added?

Does the producer of X-tivator have an insurance?

Which sizes of product packaging are available?

A wide range of product packaging is available; the standard product-packaging ranges from 1 litre bottles to 200 litre drums. For test purposes 100 ml bottles are available, too. X-tivator does not need any unusual or extraordinary packaging material, so we are happy to discuss any special request if new ideas arise.

Is there a big risk of dosing mistakes?

X-tivator is added to Gasoline, Diesel, Marine Diesel in a dosing ratio of 1:10,000 and to Heavy Fuel Oil in a dosing ratio of 1:5,000. The only risk of under- or overdosing is that you lose the effect of X-tivator. At significantly lower or higher dosing ratio the effect of X-tivator vanishes and the engine works as if no activation was done. (Just to be precise: an engine does not run on X-tivator alone; X-tivator is a fuel additive to be added to fuel.) There is no risk of engine problems in the event of under- or overdosing. Of course, both does not help to save fuel consumption or emissions; this is why we recommend to pay attention to the right dosing in order to enjoy the positive effect of X-tivator at minimum cost for the additive.